Negative Effects of Internet on Children 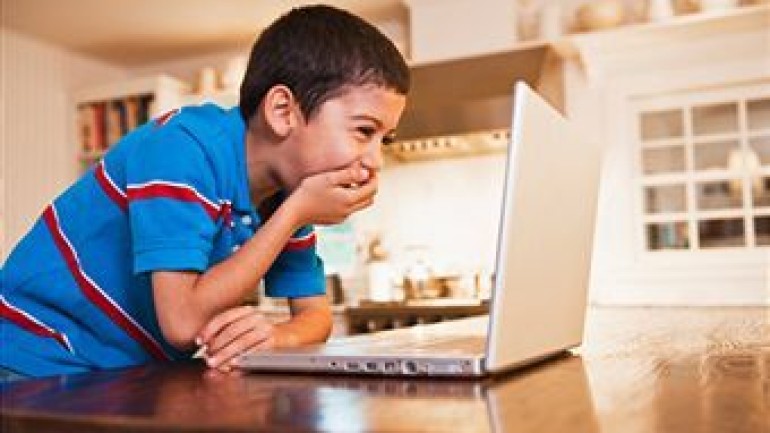 Internet has proved to be one of the most innovative inventions for us. It has made its presence felt in every sphere of our life, be it economy, society, health care, spirituality, etc. Prominent among its benefits is the impact it has had on the education sector. Students can now gain access to innumerable research papers, apart from getting latest updates in the field of science and technology. But as they say, "With great power comes great responsibility", Internet has created new challenges for the society and most threatening among these is the impact it has had on children. Internet addiction has been recognized as a disorder in many countries, and rehabilitation centers have been created to help people to get over it. The sad part of this whole phenomenon is that a large proportion of Internet addicts are youngsters, who are extremely vulnerable to its ill-effects. There are several advantages and disadvantages of Internet but in this article, we will focus on its negative effects.

Internet Addiction Disorder
Although studies on this disorder are in preliminary stages, it has been established that children who spend most of their time on the Internet, show a peculiar kind of behavior which is marked by an urge to be on the Internet all the time, so much that the child may shun all activities and become immersed in the virtual world. Surveys conducted over the years have found that most people who suffer from Internet addiction disorder are young adults, who easily fall into the lure of exploring everything that is available on the Internet. In America alone, it has been estimated that around 10-15 million people are suffering from Internet addiction disorder, and this is increasing at the rate of 25% every year.

Reduced Physical Activity
There are a host of games that are available on the Internet and this has made most children to shun all outdoor activity. In the absence of physical activity, children can easily fall prey to a lot of lifestyle related diseases such as obesity, apart from failing to develop interpersonal skills. Apart from these factors, sitting continuously in front of a computer screen can seriously damage our eyes, and put a strain on our neck and shoulders. Children are in their developing years and these factors can create life-long problems for them.

Easy Access to Pornography
This is one of the greatest threats Internet poses to children. Internet has provided an easy medium to children to gain access to pornography and this can cause them to either become sexually-deviant or sexually-addictive. This phenomenon has also caused another problem, and that is the increase in prevalence of sexually transmitted diseases (STD) in children. According to reports, one out of every four teenagers gets infected with a STD every year. The adult content that is present on the Internet promotes irresponsible sex and creates false notions in the minds of students.

Vulnerability to Cyber Crime
If you have been following news lately then you must know what we are referring to. Children have been lured by pedophiles posing as good Samaritans and have been physically abused and molested. Internet has also made it easy for unscrupulous elements to get in touch with children and this has led to an increase in the cases of kidnapping and identity thefts. About 60% young teens in the United States have admitted to responding to messages from strangers. This kind of behavior is extremely risky and has made children extremely vulnerable to become victims of cyber-crime.

The points mentioned above have posed new challenges to teachers and parents. There are demands from various quarters that there should be some sort of regulation to check this issue. However, we believe that instead of making Internet a taboo, we should educate children to use it for their benefit. It is advisable for parents to monitor how much time their children spend on the Internet, and if possible set a time-limit till which they would be allowed to use the Internet. Having the computer in the living-room instead of a child's bedroom can also ensure censorship on what they are accessing on the Internet. It is also important that you talk to them about 'the birds and the bees' because if you do not talk to them, they will turn to their friends and Internet for answers which may not provide authentic information.

Although, this article is foucused on the negative effects of internet, it in no way means that we are undermining the importance of Internet in our lives. We have written this article for the Internet audience, and you are reading it through the Internet, which itself explains the positive side of Internet usage. It is for us to decide whether we use technology for the betterment of our lives or put it to unabated abuse. Children may not be mature enough to understand this, but we as parents, teachers and guardians need to ensure that we inculcate the right behavior in our children. , Negative Effects of Internet on Children blog.enghost.org farkıyla sizlerle.