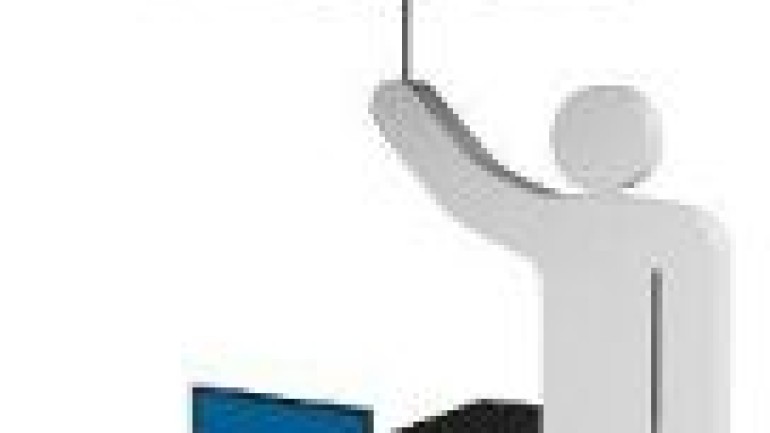 The definition of a good antivirus software has changed quite a lot over the past few years. It’s not enough that an antivirus is quick and effective. It also has to consume minimal resources, run quietly in the back and update itself as often as possible. It should be more like a ninja, stealthily walking behind you, protecting you against all the evil the Internet has to offer, and coming out only when called.

An antivirus software has become a standard feature in any computer. This program is all the more essential if the computer is connected to the web or is normally used for data transfer with external storage devices. Remember that the purchased versions always do come with added features and are more reliable.

Bitdefender Antivirus Plus 2013
Not many knew about the product in the early 2000s, but Bitdefender has been one of the best (if not the best) guards against the data gobbling monsters for quite a while already.

Use:
Now, there are two kinds of computer users – the ones who like to tweak every setting they can find the ones who want a software to set itself up. Bitdefender offers the absolute best of both the worlds. Refinement in its ‘Autopilot’ mode makes it flawlessly effective in keeping harm at bay, while you go about your work. Turn off autopilot and look deeper into the software, and you’ll find a world of options and settings. Best of all, there are hardly any annoying pop-ups, messages, alerts and such, that distract you from what you’re doing. It has a gamer mode that it automatically goes into when you play games. It won’t bother you with any messages, but maintains high levels of security at the same time.

Networking and Phishing:
Bitdefender monitors all your Internet activity, from the usual browsing and networking, to tracking billing details and detecting fraudulent sites. The antivirus regularly gets updated with hundreds of new malware and phishing sites and block them off the second you access them.

Customer Support:
If you take a look at their website, Bitdefender has a wide array of videos and content to guide you through every aspect of its working. If you’re still in doubt, you have their 24/7 customer support helpline waiting to resolve your issue.

Verdict:
Bitdefender is a very responsive and responsible software. It leaves you and your computer’s memory alone, while using as little resources as possible. Your computer is scanned before installation, which does not require a restart after completing. The only problem I could find is a small compatibility issue with Windows 8, but even that can be resolved through Bitdefender’s forum posts. At $29.46 for 3 PCs per year, the product is a steal.
Kaspersky Anti-Virus (2013)
Kaspersky promises to protect your computer from viruses, trojans, worms, rootkits, and spyware.

Use:
The antivirus can be considered as a master of destroying malware that has already infected your computer. Kaspersky offers two tools for that: one is a bootable disk that scans an already-infected hard drive. The other is a special tool (with a non-antivirus pattern, in case a malware blocks the installation/download) that directly attacks the malware after downloading and running. Kaspersky offers a gamer mode as well as a virtual keyboard to elude any key-logger’s attempt to detect what you’re typing on the conventional keyboard. This helps when you’re typing billing details while making online purchases, or typing passwords. The antivirus also includes an optional and customizable widget for your desktop that directly shows the status of your computer’s security. It’s easy to decipher and helps you act faster while handling threats.

Networking and Phishing:
The virtual keypad adds a lot of detail into security, while the antivirus tracks your online data transactions to detect any harmful content, instantly warning you of it and blocking it if necessary.

Verdict:
Kaspersky gives two different packages – Kaspersky Anti-Virus 2013 and Kaspersky Internet Security 2013. The total comes to about $50. The antivirus takes up a little more memory than Bitdefender, while providing an almost equal functionality.
Norton AntiVirus (2013)
This is one of the best protection software against malware. It flawlessly detects, blocks and deletes all known malware, and it knows almost all malware (as long as you update regularly).

Use:
Norton offers tools similar to the other antivirus packages – the bootable disk which includes the Norton Power Eraser, which detects and deletes problems in an already-infected computer. Scanning for threats takes up a little more than the average time, but the cleanup is quite effective.

Networking and Phishing:
Norton automatically re-routes/blocks you from a harmful site and blocks installation of any known malware. Norton also includes a way to detect any OS vulnerabilities and watch over them against any viruses that attack those specific areas. Much like AVG, Norton uses icons next to site URLs with different colors to warn you if you’re about to enter an unsafe site.

Verdict:
Norton lacks but a few minor customizable options that Kaspersky already has. They have done well to escape their previous bad record of bloating and eating up excessive amounts of system memory. Most online management tools are cloud-based; if you’re synced to the cloud, the antivirus automatically takes care of updates and maintaining statistics of your computer’s protection.
AVG Anti-Virus 2013
AVG is undoubtedly the best free antivirus in business. While business and professional models are paid, the home edition is absolutely free and quite effective.

Use:
AVG scores maximum points on being a product that not only updates its list of harmful software through its labs, but also through its own community. Users can easily share data of any new threats and AVG takes the necessary steps to beat those threats. It makes AVG one of the most responsive antivirus companies in the top bracket. The antivirus uses multiple layers of protection that guard against both incoming as well as existing threats. It automatically advises you against opening a file that has been infected.

Networking and Phishing:
AVG uses easy-to-read icons on search engine results that tell you how secure a site is. It checks every single link that changes hands between you and other online users to detect third-party phishing sites. You can customize AVG to directly block any known unsafe sites, should you accidentally access them.

Technical Support:
AVG has no phone support, but rather relies on its community of friendly users, email exchanges to help you out as fast as possible, and live chat for emergencies.

Verdict:
AVG is not as effective as the paid antivirus at repairing infected files. It also has slightly inferior registry protection compared to the above three. But being a freeware, you can find it very helpful to protect your computer if you’re low on money. And even if you can buy the other antivirus, AVG can still prove to be just as effective in handling a lot of threats.
If you’re still confused, you can download a trial version of any antivirus, try it out and then purchase the licensed version. You can always have the option of getting AVG while you ponder over getting a paid service. Whatever you do, follow the ground rule of always updating your antivirus as often as possible.