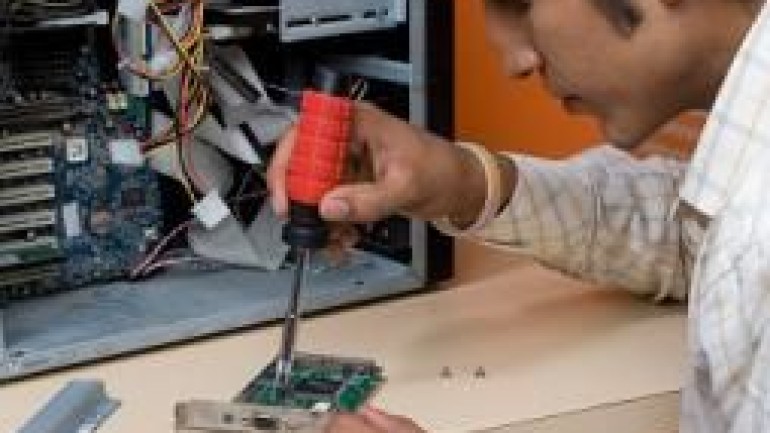 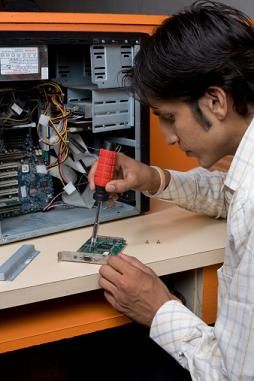 Thermal paste or thermal grease is a compound that is used when heat sinks are installed in the central processing unit (CPU) or in any other parts of a computer. A heat sink is a component which is fixed with a fan device and performs the function of transferring heat from a solid medium to a fluid matter thus cooling the medium. The heat sink prevents the overheating of the computer due to usage. Thermal paste, also known as thermal gel or heat sink paste, is an essential component similar to a glue, which is applied to the computer processor before attaching the heat sink. This thermal grease increases the efficiency of the transfer of heat to and from the heat sink and the processor, and also enhances the computer’s performance. The surface of the computer processor and the heat sink may have minute imperfections invisible to the naked eye. Air can get trapped in these gaps, thus slowing down the function of the machinery. This is where the thermal paste comes into being. The active ingredients in the thermal paste fill up the gaps and prevent the blockage of air.

Thermal paste can be categorized according to their composition and thermal conductivity. The heat transfer compound is made of substances that are thermally conductive (which means that they can withstand any degree of heat without affecting the machine part). Given below are some of the types of thermal grease, from which you can choose the appropriate thermal paste for your computer CPU or the video game console.

Carbon-based Thermal Paste
This thermal paste is made up of tiny fibers of carbon and sometimes even diamond powder. These compounds have excellent electrical as well as thermal properties. This improves the transportation of heat from a medium to other in the assemblies of a machine. The carbon based thermal paste is more efficient due to the presence of small carbon fibers. A well-known brand is the Innovation Cooling Diamond.

Metal-based Thermal Paste
The main compound in this thermal grease is particles of certain metals which can conduct heat. The common metals used in this thermal grease are silver and aluminum. Since this grease has a better conductivity of heat in comparison to other thermal pastes, it is considered to be the best for Xbox. The Xbox 360 games console gets heated quickly and in order to keep a check on the temperature rise, metal based ceramic pastes are used. Arctic Silver 5 is regarded as the best thermal paste brand for Xbox available in the market.

Liquid Metal-based Thermal Paste
This is perhaps the most expensive thermal grease, due to the presence of the rare metal alloys like gallium. This unique thermal interface compound is the epitome of efficiency, transferring heat eight times faster than the other thermal pastes. This thermal paste can be used in both computers as well as game consoles. However, this interface compound is relatively expensive and is available under the brand name Coollaboratory LIQUID PRO.

Thermal paste plays a key role in protecting the computer parts in case of computer overheating. One of the drawbacks of the best thermal grease is that it is quite expensive, but apart from this it is very beneficial.