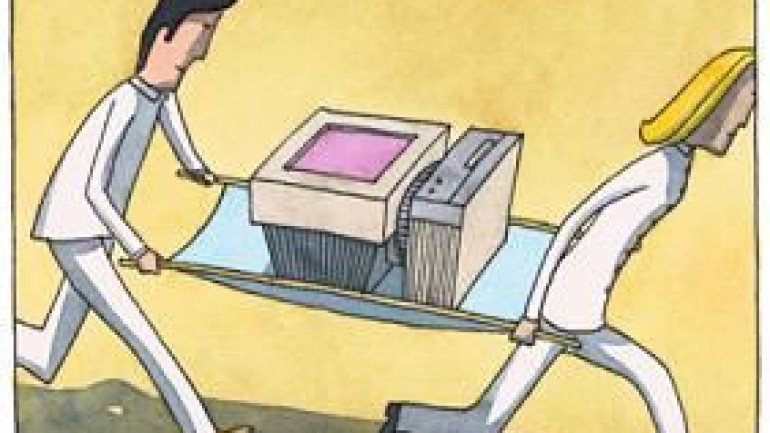 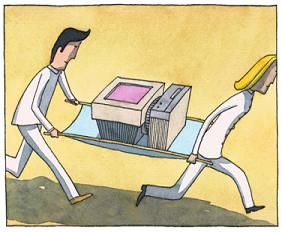 Most of the complains regarding computer problems pertain to either performance, speed or network issues. However, computer startup issues, though not as ubiquitous as the aforementioned ones, do occur and when they do, they’re quite harassing! While issues related to task speed, OS performance and network issues can be troubleshot by following the right instructions, startup issues are a trifle difficult to diagnose and troubleshoot because, hello….it won’t start up in the first place, fellas! Well, that doesn’t mean you should give in to despair. The following segment is an attempt to make troubleshooting computer startup problems easier for you with a guide to diagnose exactly what reasons give rise to particular startup issues.

How to Fix Computer Startup Problems

From booting issues to pent-up battery life to loose cables to malware problems, there are a number of reasons why your computer may show reluctance to startup properly or it might flatly refuse to startup at all! Here are some common reasons why this happens, along with ways to fix them individually.

Error Message Flashes
Has it ever happened that whenever you try to startup your PC or laptop, an error message flashes, followed by consecutive rebooting attempts by your computer or failure to start up properly? Well, there can be two prominent reasons behind this error message thingy – either a file or service is attempting to load itself every time you turn your PC/laptop on and hindering the startup process or the remaining component of a recently deleted program is causing the mischief. In case you’re using a Windows OS, you can configure your system to not load the file or program (that gets mentioned in the error message) while starting up. In case a component of a deleted program (which are program information that may remain if you had deleted the program manually) is behind the issue, the best way to get rid of it is to go ahead and reinstall the program all over again. Once you’ve done that, go to control panel and select the option Add or Remove Programs. Select the program you wish to remove from the list that is displayed and click on ‘Yes’, when asked, “Do you want to remove the program?”.

Problem in Loading OS
Sometimes, the computer starts up and boots without a hitch but the truants begin when it attempts to load the OS. In such a case, switch to safe mode and check in Device Manager (Windows) to see if it’s a fault with any of the drivers. In case of startup and OS loading problems in Windows XP, you can resort to System Restore to get your system back to the condition in which it started up and ran before this particular crash happened.

Corrupt Master Boot Record (MBR)
This is one of the most common computer startup problems in Windows 7 and Windows Vista OS. A very accurate indicator of this issue is when you try the Startup Repair tool to fix it and it comes up with a clean chit, telling you no problem was found! One very common reason behind this misdiagnosis is running the tool when a USB flash drive is attached to your system. This causes the Startup Repair tool to scan and run the diagnosis for the USB drive rather than the system’s inbuilt hard disk drive as it views the USB drive as a partition rather than an external attachment. The remedy is to uninstall and remove the external USB drive before running the Startup repair tool. This time, the diagnosis will be correct and you can easily repair the corrupted MBR by following the step by step instructions.

OS Crash or Freeze
Sometimes, a malware or virus can cause the OS to crash or the computer to freeze while loading. In Windows XP, this can be seen in the form of a blue screen that appears just after the Welcome screen, followed by a DOS setup kind of environment. No number of rebooting attempts can restore this and you can only run your computer on safe mode. The only remedy is to take the hard disc out manually, install it in another system and run a full Antivirus scan on it. Thereafter, the hard disc can be reinstalled to the original system and, if necessary, Windows may be reinstalled using the installation DVD or a bootable USB drive.

Others
A few other issues that can lead to startup problems include corruption of core system files, hardware malfunction issues leading to overheating, etc. In case of corrupted core system files, especially in Windows, you can get a copy of those files from a normally running system and replace the corrupted ones with the uncorrupted ones. Hardware malfunctions such as overheating due to fan not working and a dying motherboard battery need manual technical attention. I would suggest you solicit the help of a computer hardware technician to get the issue fixed if you yourself do not have adequate experience handling problems like these. A dead motherboard battery makes your system go back to factory settings, which makes starting up impossible. Replacing the battery is the only option here. You can diagnose battery problem by merely checking if your system clock has been consistently losing time. If so, you can get the battery replaced even before you face a total blackout situation.

Those were some common startup issues faced by computer users. In case, the computer refuses to show any sign of life after switching on or despite being connected to a power source, the problem could be traced to a battery issue (in a notebook or laptop) or faulty connection and loose cables (in case of a desktop). In case of battery malfunction, you should check the adapter to see if it is charging your laptop battery properly. Also, in case of very old batteries, a sudden die-out isn’t uncommon.