How Does WhatsApp Make Money? 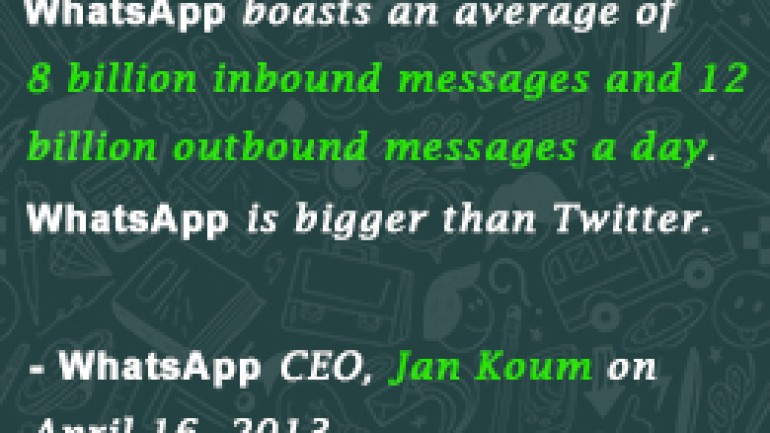 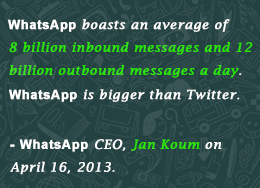 Did You Know?
Nokia Asha 210, which was recently launched in 2013, has a dedicated WhatsApp physical button. This is the first of its kind in any smartphone for this app.
WhatsApp has changed the way of communication altogether. Earlier, if one had to send images, it could be sent only via email or posting it on any social networking site. However today, one can send images, videos, and messages by using this app. This software can be downloaded on devices with platforms, like Android, BlackBerry OS, BlackBerry 10, iOS, Series 40, Symbian (S60), and Windows. According to data retrieved as of August 2012, WhatsApp was handling about 10 billion messages per day! Phew! Those are huge numbers. Users have all the wonderful features that they can make full use of, without paying a single penny. Sounds unreal, isn’t it? It is unreal. No company will venture into any business line to suffer losses. WhatsApp has its own domain of making money, and the company is doing good business. This Buzzle write-up throws light on the various aspects of its business plan.

Their Way of Doing Things

No advertisements, no downloading fees (except iTunes), and the company is working fine. They gotta be doing things in a different manner to raise funds. They hardly (almost zero) have any advertisements for promoting the app. So, how do they get new users to use their app? Here are the answers to your questions.

Money Games
So, you have downloaded the WhatsApp application for free on your smartphone and didn’t have to pay a penny for it. You have used it for a year now, so what after that? To renew the service, you need to pay the firm $1.99 for three years and some more later on. This is the case only if you are using the app on a non-iTunes platform. For iTunes users, the app is available for download at 99 cents. It is a small amount for a single user, but if you take a look at the economics, you will know that it is not a small amount. The number of users using iTunes is huge, and so the number of users downloading the app from iTunes is also huge. Thus, even though the app is free on other platforms, it is earning money from iTunes.

The strategy is pretty simple. You download the app which is free of cost, and use it for one year. You are surely used to the app and will renew it for the next three years. Here’s where they start to earn money. And if you are an iPhone user, they start earning money right from the word go! Smart thinking, isn’t it?
Investments Keep Coming
If you are a businessperson, you wouldn’t look to invest in a business that is suffering losses. This is exactly what the current market situation is, as far as WhatsApp is concerned. Initially, the firm didn’t have any investors and was using smart marketing techniques to survive in the race. However, as they gained success, the investments started to pour in. If sources are to be believed, Sequoia Capital invested around $8 million in the company, and many other investors are interested in investing in the venture.

In India, Reliance Communications has teamed up with WhatsApp for providing a unique scheme for Reliance’s prepaid users — a WhatsApp Plan. So, WhatsApp is making money by tie-ups with popular telecom companies as well. Also, rumors of a possible takeover by Facebook, or Google has been doing the rounds for a while.

Even though the company is not imposing any download cost, it surely has its own share of investors. So, the company gets its running capital from such investments.
Least Manpower
The first and foremost need to run any firm is its manpower. Skilled labor ensures that the company operations are running smoothly. So, most of the companies hire highly educated professionals in key positions. However, when a company forgoes such labor, can it still run smoothly? The answer is yes! WhatsApp employs only a few engineers (the count varies between 15-20) who work in the application development. These engineers handle all the new development work, and the rest of the staff at WhatsApp makes up for customer support.

This means that they have got a handful of highly educated people, and this has definitely helped them curb costs.
Limited Budget
Have you ever seen a print ad, an online ad, or an on-air ad promoting the app? You didn’t, right? This is the main reason behind the company saving its money. Most of the tech companies promote their app right from the launch stage to the relaunch stage (after a few modifications). All this is done by keeping the media in the loop. But with WhatsApp, it is different. They rely on the old rule of “word of mouth” advertising. If you have the app, it is most likely that you will recommend it to your friend, and the cycle continues. Thus, the user base of the app increases.

They have kept tight budgets, and do not spend a penny on advertisements. In one of the interviews, Brain Acton said that in order to keep a venture lucrative, it is necessary to keep tight budgets.
Simple-looking Website
You should check out the website of WhatsApp. There’s hardly any extra piece of information on the website. Still, whatever information is needed for downloading the app and ensuring its smooth functioning is available on the website. You don’t need celeb pics and media launch reports when all you are looking for is the “download tab.”

Their website is worth only a few dollars. So, there are less maintenance costs as well. This means that they save a lot of running funds.
Seizing the Opportunity
Initially, when messaging services were the only mode of communication, many telecom service providers were charging a lot of money for these services. May be they were trying to recover the costs that they spent on advertising! However, with the launch of this app, users didn’t have to pay money for using the app, as a result of which the app became a rage. Everyone started using the app, and the dependence on messaging services reduced.

This is how WhatsApp seized the opportunity of providing a messaging platform at affordable costs along with added features!
WhatsApp is currently the most downloaded app on iTunes, and its popularity is increasing by the day. Their unique business and marketing strategy helped the firm gain the majority market share in the messaging services platform. Budding entrepreneurs can learn a thing or two from the way WhatsApp makes money.
, How Does WhatsApp Make Money? blog.enghost.org farkıyla sizlerle.