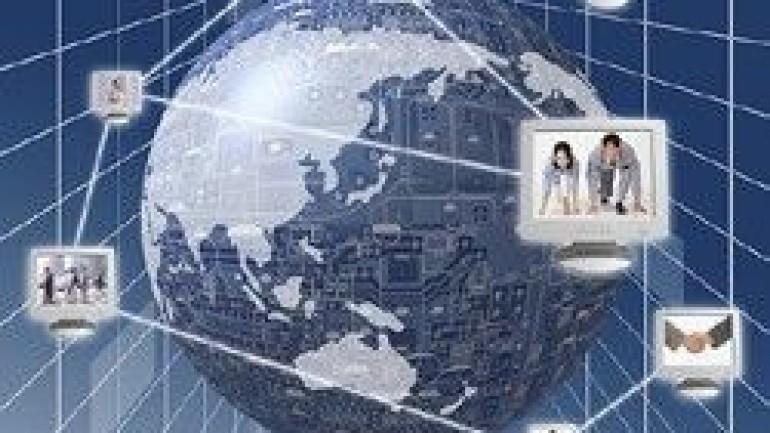 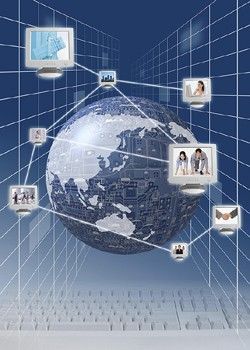 Did You Know?Countries like the US, Germany, UK, and Japan have the highest penetration of Internet users, where around 4 out of 5 people use the Internet for various purposes.
If you have reached this page, I need not say that you already know what the Internet is and how it is used. But there are millions of us who use the Internet and are quite unaware of the many amazing facts and statistics that lie hidden behind this awesome medium. So brace yourselves, rest back on that easy chair, sip a drink, and enjoy reading these mind-blowing facts, which would simply amaze you.

Dotcom (.com) Facts
The dotcom is over 25 years old, and was actually a short form for commerce, as it was initially set up for the use of e-commerce websites.There are around 12 million e-commerce and online business websites, 4.5 million entertainment sites, 3.1 million finance-related sites, and around 2 million sports sites.Initially, ‘.cor’ was decided, but later ‘.com’ was finalized to be used.All through the 1980s, just around 100 dotcoms were registered, while in the 90s, around 20 million came into existence. In the last 10 years, nearly 75 million dotcoms have been registered.http://www.llanfairpwllgwyngyllgogerychwyrndrobwyll-llantysiliogogogoch.com is the longest website name online.The world’s most expensive dotcom is insure.com, which was sold for $16 million.More than 50 billion requests for websites including dotcoms are logged every day.The most popular word used in domain names is ‘home’ (1.3 million & counting).The dotcom domain is now a stage for a $400 billion annual economic activity.There are nearly 4 million domain names that are registered each month.
Facts Regarding Kids
2 out of every 3 kids’ parents have little or no idea what they surf on the Internet.The first dotcom company was Symbolics (1985).Those kids who use the net, do so for an average of an hour every day.87% of kids aged 12 to 17 use the Internet in the United States.40% teenagers receive a request online for personal information.Over 15% children in the United States are confronted by a stranger online, for some reason or the other.
Interesting Facts About the Internet
The Internet is more than 40 years old.Sir Tim Berners-Lee coined the phrase ‘World Wide Web’ (www) in 1990.Mosaic, the first web browser, arrived in 1993.Only around 30% of the world’s population uses the Internet.70% of Internet users are men while 30% are women.Roughly, there are around 18 billion devices connected to the Internet.Every 10 seconds there is a cyber crime committed somewhere in the world.The late 80s experienced the first Internet worms that crippled thousands of computers.The first advertising banner on the Internet was put up in 1994.The first speech recognition software called ‘Hearsay’ was developed in 1971 in India.Current microprocessors contain about 10 million transistors.Around 1,700,000 terabytes of information is created and stored every year.The first hard disk drive could hold just 5MB worth of data.Xu Jinglei, a Chinese actress has the most popular blog in the world.80% of the pictures on the Internet are of naked women.The QWERTY keyboard layout is around 130 years old.The first mouse was made of wood.It took www just 4 years to reach an audience of 50 million, the same milestone was achieved by TV and radio in 13 and 38 years respectively.Your cell phone that you make use of to connect to the Internet now, is a million times cheaper, a hundred times smaller, and a thousand times more powerful than a computer 40 years back.An Internet user blinks less than 10 times a minute, 20 being the average for a normal person.The very first spam email was sent out way back in the year 1978.At present, the Internet holds around 5 million terabytes of data.Around 250 billion emails are sent around the world daily, though 4 out of 5 are actually spam.
And here is something that we all should take note of. It is believed that nearly 2% of the worldwide Internet users are depressed and suffer from the signs of Internet Addiction Disorder. Now, it has still not been established whether they are addicted to the Internet because they are depressed, or it is the other way round. Proper research on Internet addiction still has a long way to go before we get more conclusive evidence and counter measures that help.

Internet facts and statistics are mind-boggling and never-ending. One could go on and on for days writing about them, but I have tried to list the most important and fun ones. We have a comments column here, so do feel free to add your comments about any noteworthy fact that I may have overlooked mentioning here.