Who Invented the Internet? 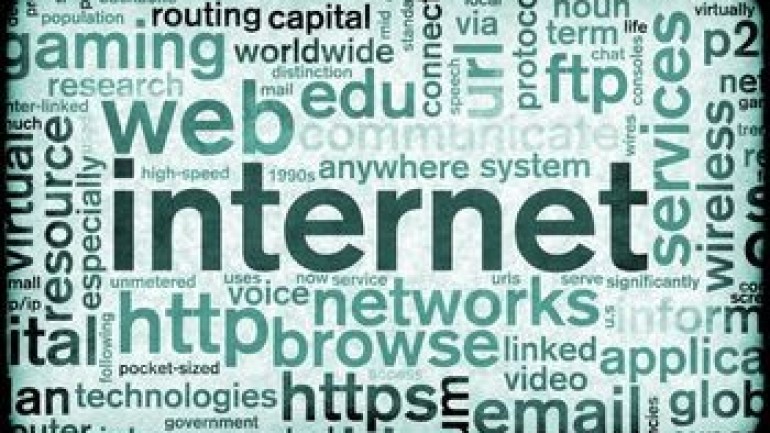 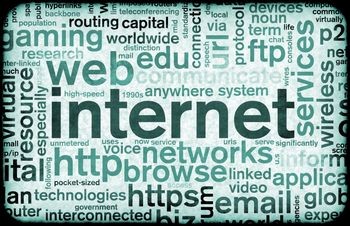 Internet has become a crucial part of the modern lifestyle that helps us find information, understand concepts, share our thoughts and stay connected with everyone else on the earth. Because of the Internet, everything in the world is just a click away. It is this wonderful creation that has made the proverbial ‘small world’, smaller still. However, the prestigious title of the ‘inventor of the Internet technology’ cannot be given to a single person or organization. It is the symphony of many minds that has helped in the creation of this model of self-regulated functioning, that can be easily called as the biggest democracy in the world.

The First Step
The first person who thought of the idea to transfer information between different systems was Leonard Kleinrock. His first paper titled ‘Information Flow in Large Communication Nets’ was published on May 31, 1961. He replaced the old circuit switching process with a new concept that involved transmission of data via packets.

The Idea of a Network
The Soviet Union had launched the first satellite, Sputnik I, that prompted the US President Dwight Eisenhower to create the ARPA (Advanced Research Projects Agency) to stay in the lead in the arms race. J.C.R. Licklider was appointed as the head of the new IPTO (Information Processing Technology Office) organization in 1962. He applied his vision of a ‘Intergalactic Computer Network’ which outlined most of what Internet today is, including concepts like cloud computing. His contribution is, however, mainly in terms of ideas.

Other Major Developments
• E-mail: The most widely used form of communication today, the e-mail, was first developed in 1972, by Ray Tomlinson.

• TCP: In 1973, Vinton Cerf and Robert Kahn designed the TCP (Transmission Control Protocol). This was a major improvement over the NCP (Network Control Program).

• Ethernet: In 1973, Bob Metcalfe managed to develop the first Ethernet. By the eighties, it became vastly popular due to its adaptability to low-cost wiring.

• TCP/IP and UDP: In 1978, the mastermind trio, Danny Cohen, David Reed and John Shoch split up the TCP into TCP/IP (Transmission Control Protocol/Internet Protocol) that could support real-time traffic. It was funded by Department of Defense (DOD). For the first time IP addresses came into picture, which means websites now had an address online. The same helped in creation of UDP or the User Datagram Protocol. In 1983, the TCP/IP was standardized into the ARPANET and remains to be used as the primary protocol on the Internet even today.

• DNS: The DNS (Domain Name System) was introduced in 1984 by Paul Mockapetris and Jon Postel.

• HTML and WWW: The major contribution to the way one navigates and views the Internet today was made by Tim Berners-Lee in 1990, by developing the HTML. Soon, he introduced the World Wide Web to the public on August 6, 1991. By 1993, Internet faced a major boom and has become accessible anywhere at anytime by anyone today.Other Pioneers
In the collective report “On Distributed Communications”, published by RAND in 1964, Paul Baran came up with a new design that challenged the entire telephony design by introducing a new communication system. He thought of a distributed relay node architecture that did not use high frequency signals. An added advantage was that there was no need to bother about inactivation in case of a nuclear attack for such a system. This was going to be very practicable during the Cold War.

The term “packet switching” for this mode of data transfer was first used by Donald Davies in 1965. Before that, Baran referred to the data packets as “message blocks”. Data transmission thus became more flexible with each packet having information about its own destination and a predestined route was no longer required. Davies’ conceptions on the topic were put forth during a conference in Edinburgh on 5 August 1968.

The First WAN
In October 1965, Thomas Marill and Lawrence Roberts set up the first WAN (Wide Area Network). They described it in ‘Toward a Cooperative Network of Time-Shared Computers’ the very next year.

The ARPANET
Licklider lacked experience in computer programing. So, he appointed Lawrence Roberts to help him create the network for ARPA. In 1967, Lawrence lead a team that created the ARPANET (Advanced Research Projects Agency Network). He was the first scientist to use the full potential of the new circuit created by Kleinrock. Thus was created the precursor that led to the development of Internet. The original purpose was to facilitate time-sharing so that institutions could utilize the processing power and resources of each other. Even today, Internet uses packet switching as the primary method for transferring data.

The First Network Switch
Based on the works of Ehud Shapiro, Paul Baran, Thomas Marill and many others, the final specifications of the first network node called ‘IMP’ (Interface Message Processor) were created by Lawrence Roberts and Barry Wessler. Soon, Bolt Beranek and Newman, Inc. got a contract to design and build the IMP sub network. Today, we use advanced forms of such gateways, which are called routers.

The First Data Transfer
The IMP was sent to UCLA on August 29, 1969. A few days later, on September 2, 1969, the second such equipment was installed at SRI. The first Internet message was directed from Kleinrock’s laboratory to the University of California on October 29, 1969. It was Charley S. Kline who sent across the message ‘LO’ which was an attempt at the word ‘LOGIN’.

The First Operational Packet Switching Network: Development of the ARPANET
In 1970, Davies helped build a packet switched network called the Mark I, which was soon replaced by Mark II. This continued to provide service during many research operations in Europe. Larry Roberts worked on the idea and got it infused into the ARPANET. Before this, all computers that shared information had to have identical systems, which was a major disadvantage in communicating networks. In 1971, ARPANET had a total of 15 sites and 23 hosts. Project Gutenberg was started that year as well. By 1974, 62 computers were connected through the ARPANET, making people claim it as a primitive ISP (Internet Service Provider).

The First ISP
In 1990, Massachusetts-based ‘The World’ became the first commercial ISP (Internet service provider). PSINet is also one of the groundbreakers.

Internet is the contribution of many experts from various fields who helped in creating it. Internet and the world will forever remain indebted to all the known and unknown faces who chipped in their expertise to make knowledge-sharing so easy.
, Who Invented the Internet? blog.enghost.org farkıyla sizlerle.