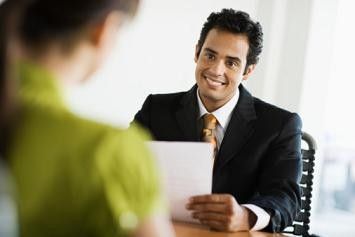 As a software tester the person should have certain qualities, which are imperative. The person should be observant, creative, innovative, speculative, patient, etc. It is important to note, that when you opt for manual testing, it is an accepted fact that the job is going to be tedious and laborious. Whether you are a fresher or experienced, there are certain questions, to which answers you should know.

• What is a test case?
Find the answer to this question in the article titled test cases.

• What is a Review?
A review is an evaluation of a said product or project status to ascertain any discrepancies from the actual planned results and to recommend improvements to the said product. The common examples of reviews are informal review or peer review, technical review, inspection, walkthrough, management review. This is one of the manual testing interview questions.

• Explain in short, sanity testing, adhoc testing and smoke testing.
Sanity testing is a basic test, which is conducted if all the components of the software can be compiled with each other without any problem. It is to make sure that there are no conflicting or multiple functions or global variable definitions have been made by different developers. It can also be carried out by the developers themselves.

Ad hoc testing is different than smoke and sanity testing. This term is used for software testing, which is performed without any sort of planning and/or documentation. These tests are intended to run only once. However in case of a defect found it can be carried out again. It is also said to be a part of exploratory testing.

A skeletal or special purpose implementation of a component, which is used to develop or test a component, that calls or is otherwise dependent on it. It is the replacement for the called component.

• Explain priority, severity in software testing.
Priority is the level of business importance, which is assigned to a defect found. On the other hand, severity is the degree of impact, the defect can have on the development or operation of the component or the system.

• Tell me about V model in manual testing.
V model is a framework, which describes the software development life cycle activities right from requirements specification up to software maintenance phase. Testing is integrated in each of the phases of the model. The phases of the model start with user requirements and are followed by system requirements, global design, detailed design, implementation and ends with system testing of the entire system. Each phase of model has the respective testing activity integrated in it and is carried out parallel to the development activities. The four test levels used by this model include, component testing, integration testing, system testing and acceptance testing.

• Difference between bug, error and defect.
Bug and defect essentially mean the same. It is the flaw in a component or system, which can cause the component or system to fail to perform its required function. If a bug or defect is encountered during the execution phase of the software development, it can cause the component or the system to fail. On the other hand, an error is a human error, which gives rise to incorrect result. You may want to know about, how to log a bug (defect), contents of a bug, bug life cycle, and bug and statuses used during a bug life cycle, which help you in understanding the terms bug and defect better.

• What is integration testing?
One of the software testing types, where tests are conducted to test interfaces between components, interactions of the different parts of the system with operating system, file system, hardware and between different software. It may be carried out by the integrator of the system, but should ideally be carried out by a specific integration tester or a test team.

• What is the difference between volume testing and load testing?
Volume testing checks if the system can actually cope up with the large amount of data. For example, a number of fields in a particular record or numerous records in a file, etc. On the other hand, load testing is measuring the behavior of a component or a system with increased load. The increase in load can be in terms of number of parallel users and/or parallel transactions. This helps to determine the amount of load, which can be handled by the component or the software system.

• What is pilot testing?
It is a test of a component of a software system or the entire system under the real time operating conditions. The real time environment helps to find the defects in the system and prevent costly bugs been detected later on. Normally a group of users use the system before its complete deployment and give their feedback about the system.

• What is exact difference between debugging & testing?
When a test is run and a defect has been identified. It is the duty of the developer to first locate the defect in the code and then fix it. This process is known as debugging. In other words, debugging is the process of finding, analyzing and removing the causes of failures in the software. On the other hand, testing consists of both static and dynamic testing life cycle activities. It helps to determine that the software does satisfy specified requirements and it is fit for purpose.

• What is the difference between retest and regression testing?
Retesting, also known as confirmation testing is testing which runs the test cases that failed the last time, when they were run in order to verify the success of corrective actions taken on the defect found. On the other hand, regression testing is testing of a previously tested program after the modifications to make sure that no new defects have been introduced. In other words, it helps to uncover defects in the unchanged areas of the software.

• What is a test suite?
A test suite is a set of several test cases designed for a component of a software or system under test, where the post condition of one test case is normally used as the precondition for the next test.

These are some of the software testing interview questions along answers for freshers and the experienced. This is not an exhaustive list, but I have tried to include as many questions along with their answers, as I could in this article. I hope the article proves to be of help, when you are preparing for an interview. Here’s wishing you luck with the interviews and I hope you crack the interview as well.