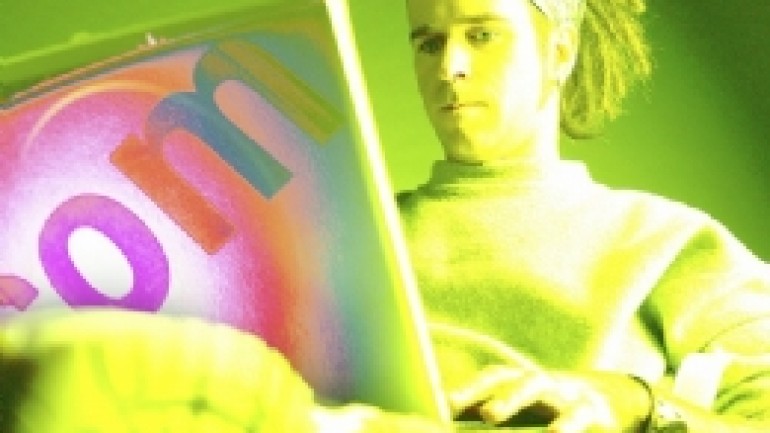 Enlarge Image Pop culture has been around for a few decades. It couldn't truly exist until the technology was developed that would make possible the dissemination of so many different forms of media in such a short period of time to so many people. Radio and film kicked the whole thing off and now here we are, a hundred years later watching as the industry grows ever larger and beyond the scope of sympathetic definition.

It's a beast, a monstrous, mechanical beast. But, like any beast that humanity doesn't understand, it will probably soon be taken down. This isn't so much idle prognostication though. It's already happening. Pop culture is evolving quickly and it's because, once again, of technology.

Over the years, things change in the world. Pop culture adapts to the mindset of the culture it targets and while it may seem like the industries are setting the agenda, more often than not, major companies scramble to and fro, trying to put together the next big craze based on what the people want.

What happens, is one company will take a calculated risk, releasing something that no one thought would be successful; something like comic books in the 30s or video games in the 90s. Today, it's hard to think of comic books, as not having been a major force, in pop media. But, in the 1930s, when the kids behind Superman were first publishing their bravado and explosions of pop story telling, a lot of people were skeptical. It didn't matter though. The kids loved comic books and soon the industry was booming and dozens of books were released every week.

You can look at reality television in today's market. The first network reality TV show was Survivor. With monumental ratings, every other station followed suit. It's how the industry works. One company takes a gamble and the rest wait to see what happens. When that gamble pays off, they all jump in head first. If it fails, they point and laugh as though they wouldn't have followed suit.

Which makes today's developments in pop culture all the more intriguing. Not only is it much more rare for the industry to properly read the consumers these days, anomalies of popularity arise all the time. And it's because companies can no longer market their goods to the entire population and hope for good numbers. Today's pop culture is no longer truly "pop culture" in the sense that everything is broken down.

Beyond the presence of a dozen different demographics that no one truly understands, there is the internet, and this is the crux of my point. The internet has redefined how pop culture exists and what is defined as truly popular and important in today's media. There are no companies online telling people what to like and what not to like. Instead, it is the people online, sorting through millions of videos, songs, books, and movie trailers to decide what they want to watch or listen to.

Websites like YouTube have become so prevalent in the spread of the next big thing and the 15 seconds of fame (or less, these days) that certain video creators have actually found honest celebrity offline as well. The internet is no longer a giant encyclopedia to which school age children turn for homework advice and middle age men turn to for pornography. It's the world's largest forum for the free spread of ideas and new media and that power has started to make the internet a bigger force than television or radio. Already, you see more "next big thing" bands come from the bowls of Myspace and Facebook buzz instead of MTV. MTV rarely bothers to play music anymore, let alone participate in the dialog over what is good and what is bad.

So, the people are in control of their media then, yes? If only that were the case, the power these companies wield over us could finally start to diminish. Rather, the companies are finding themselves forced to rethink their entire approach to marketing. Because of the sheer volume of new ideas presented on YouTube and the like, the ones that sink in, have to be truly original and exciting. No one wants to see the same old schlock online that they see on TV. They don't have to. There are thousands of genius videos that go beyond the schlock.

So, it is that everyone from car companies to political figures are taking their messages to the internet and trying new and exciting things to stimulate the quarter second attention spans of so many of today's youth. The end result is a society that relies on brilliant new ideas that can be produced en masse, hundreds at a time, to keep everyone happy. The move to force creativity and intelligent thought out of today's artists and media executives is amazing, but the problem with that creativity is that it quickly turns to gimmickry. Everything is now a gimmick instead of a progression, and gimmicks are easily mimed, which only leads us down the same path we've been down a thousand times before; that of waiting to see what the next big thing will be. , Sourcing Pop Culture In an Internet Culture blog.enghost.org farkıyla sizlerle.