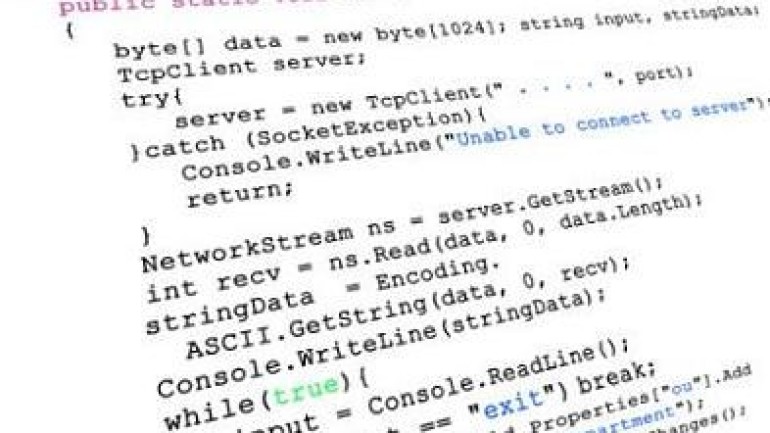 A computer program is nothing but a set of instructions, which when executed, give results to a certain operation. These instructions need to be written logically, i.e, they should be in a flow, and before writing the program, you need to decide the flow of the program. Remember, the computer is a very intelligent machine, but it can do only what you ask it to do. So the program that you are writing will go wrong, only if there is something wrong with its set of instructions. Problems arise in computer programs due to manual errors. Before going into further detail, let us try to understand the different levels of programming languages.

Machine-Level Language
At root level, a computer works in bits and bytes. It only understands binary language, which consists of digits 0 and 1. You may write a program in whichever language you want, but for the computer to understand and execute it, it must be converted into the language of 0s and 1s. Writing a program in machine language, is definitely difficult. It is not possible to memorize a long string of 0s and 1s for every instruction that needs to be executed.

High-Level Language
High-level languages are far simpler to understand than assembly language or machine-level language. There are clear statements for writing each and every instruction. But the computer will not understand code written in a high-level language. So a compiler or interpreter program is run by the computer itself, that converts the programming code into its equivalent machine language form. However, whatever language you learn, you need to have a proper understanding of the basics of that language. Without knowing the basics of a particular language, you cannot write a program in that language. There are a variety of languages for different purposes. Some are meant for web programming, some are meant to design simple desktop applications, while some can do both.

Basic Steps to Write a Computer Program
Some of the basic factors that you need to take care of, when writing a computer program have been mentioned below.

Plan and Design the Logic of the Program: Logic is the backbone of your computer program. What operation needs to be performed, what are the resources required for the operation, what data needs to be accepted from the user etc. such questions need to be asked and listed down before starting with the actual coding process. As a beginner, writing an algorithm and preparing a flow chart for the program, is a must.

Divide your Programs into Functions: Almost all computer languages allow you to write programs such that, the programs are divided into small blocks or functions. You need to design the functions such that they are written in the minimum number of instructions and can be reused again and again.

Use the Correct Syntax of Commands and Statements: Syntax is to a computer language as grammar is to a spoken language. Using the wrong grammar can completely change the meaning of a spoken sentence. Likewise the wrong syntax will result in programming errors or improper code being executed. Learn the syntax of each command that you will be using.

Optimize your Code: This is very important. The less number of instructions in a program, the faster it executes. Usually we use complicated logic and statements to get a task done, which ironically, can be performed easily by using one of the programming language’s inbuilt functions. Or a lot of steps are written, forming long tedious code, when the operation can be performed in a few steps. Such issues occur mainly because we were not aware that such functions existed or the program’s logic was ill-planned. Get yourself well-acquainted with the programming language, to prevent writing redundant code.

The above information is just the tip of the iceberg, when it comes to computer programming basics. Along with functions, there are programming constructs and definitions to consider, which differ from language to language. The best way to command a programming language, is to keep at it and not give up, even when it seems hard.