Does Social Networking Cause Depression? 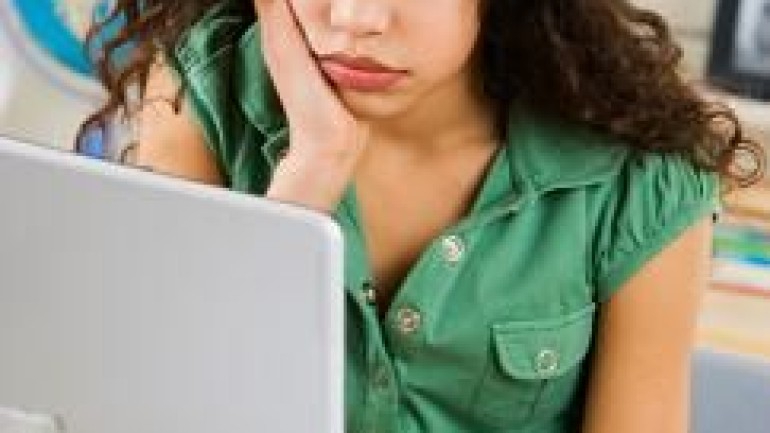 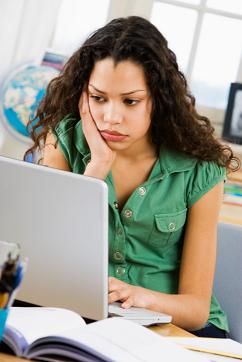 Truth be told, I have been a little depressed since the past few weeks for my own personal reasons. Who am I kidding? I have been very depressed and my work is the only thing keeping me sane right now. I haven’t been talking to my friends much, haven’t been socializing either and well, I have isolated myself from the world pretty much. Last night, one of my friends called to check in and the other one messaged me on Facebook. Everyone is worried that I may have fallen into depression. Read this over again. I just told you I have isolated myself from the world. But, how do my friends know that I am depressed? Two words. Social Networking. You are right. I didn’t forget to update my status and let everyone know I am going through the lowest phase of my life. Been down the same road? We all have. Then, my friend suggested that I stop putting up such updates or de-activate my account for a while. She thinks that Facebook is adding onto my depression. What smart friends the almighty Lord has blessed me with! That is NOT sarcastic.

Pardon me, but this is what psychologists are calling it, the ‘Facebook Depression’. Studies suggest that there is a new kind of depression on the block and you can blame your social networking accounts for it. Though, I’d say blame yourself for spending too much time on them and updating your statuses all the time. Anyway, it’s not an actual medical disorder, it is sort of social-psychological disorder that more and more people are suffering from. Personally, I believe they call it the Facebook Depression because Facebook happens to be the most widely used social networking site. But, it’s about each and every social networking site that you log on to. To be politically correct, it is technology induced disappointment.

The signs of a Facebook Depression are that your psychology as well as your feelings become vulnerable to the posts you view on your home page. Did you know? About 70% American teenagers have a Facebook account, of which more than half check it daily, making them even more vulnerable to this phenomenon. Also, children aged between 8 to 18 years are exposed to more than 7 hours of daily technological usage in the form of cell phones and Internet, as found out in a study. Your teenager could easily become a victim of online bullying and/or sexual solicitation. Apart from that, the feeling of loneliness definitely creeps up some time when you are upset or disturbed and you don’t know who to turn to. You sit there staring at the screen; 853 friends, 61 online friends. But, who do you talk to? You don’t. Then, all you do feel is the existence of absolutely nobody you can pour your heart out to. Tell me if that doesn’t make you feel depressed.

And then, your pretty “friend” uploads a picture of herself with her new boyfriend looking deeply into her eyes while you have been single since months! Now you have to tell me, is social networking causing depression? Does it not make you think about the things lacking in your life? That is what I am talking about. In fact, we all have a tendency of judging others’ magnitude of happiness by the pictures they post; smiling, with friends, on a vacation or a new buy. Do you know? It is said that happiness is over-rated! She won’t tell you if she had a terrible fight 5 minutes after clicking the picture and she cried all night long. A lot of us don’t like to announce to the world that we are sad, while a lot of others just can’t resist doing that (hint: me). A survey conducted among about 200 students concluded that if you have more than 117 friends, you are more likely to be a victim of social networking causing depression, than those who have less than 95 friends of whom they know each one personally, quite well.

Once, another friend updated her status that read – “Instead of asking ‘What’s on your mind?’, Facebook should change it to ‘Problem of the day’!”. LMAO. Whoops. I mean, hilarious. But, true.

How Does Social Networking Cause Depression?

Everybody has so much to share. You spend so much time browsing through your social networking accounts. So, you obviously get less face time with your friends and more virtual time with almost everyone who is online on your friend list. This further demotivates people from going out and the lesser you get out, the more you get depressed. After all, man is a social animal. We need to meet people in order to stay in touch and be a real part of the society. And then, you read everyone’s happy status updates and see their happy pictures on your wall (of course, nobody really clicks sad pictures of themselves and puts them up on a social networking website, do they?). It makes you depressed wondering why is your life not as great as theirs and why are you not as much happy, if not more? Even if not out of jealousy or self-contempt, you still feel loathe yourself for being left out when your friends are having so much fun. Then, if you read a sad status update, it further subconsciously affects your own emotional rhythm and your brain starts thinking it is sad, worsening your psychological state. Were you expecting sad updates to cheer you up? Somehow, we like to think of ourselves as being the only person with so many problems to deal with and that, everyone else gets to be happy while we drown under the burden of pain and misery. In our subconscious minds, we only concentrate on how happy others are and how miserable we are. According to research, you are almost 50% more likely to feel distressed if you read a depressed status update by a friend who is close to you. Then, you do the not-so-unexpected and you update your status with a really sad and depressing note. This further makes you think about how depressed you are. Even if you may not be as much, people comment on it to console you and then you self-pity yourself, playing the part of the victim well. See, it is a cycle! Unless, you stop logging in to your account and be less curious about what is going on in others’ lives. Pay more attention to your life and talk less about the bad things happening around you. It may be hard, but it is not impossible. Typing this, my cheeks are red from the shame and guilt of letting my emotional state win over my brain so often. Changing subjects, have you heard of accusations citing Facebook as a reason for divorce? Sad, but it’s true.

Do you often find yourself, consciously or subconsciously, checking the number of friends or followers your friend has on his/her list and comparing it to your statistics?

May be we let our kids be exposed to social networking too soon. After all, what would a prepubescent child or a teenager, with sky-high hormone levels, know better? In fact, we can’t even control ourselves from indulging in excessive use of social networking. If you get hooked onto something and use it more than you should, do you expect anything ‘cool’ or productive to happen? No way. We have a 24×7 access to social networking sites through our cell phones. May be we should stop logging into our Facebook, Twitter, MySpace and now even Google+ accounts, all the time. I like to think that it drains out my Blackberry’s battery that has ALL the social networking apps. Ironic.

Did you know? Farmville, once the most popular gaming application on the social networking site, Facebook, has been named by the TIME magazine as one of the 50 worst inventions, for being one of the top reasons of debts in American households. Another study in the UK, has given a similar title to Facebook and Twitter, claiming that they are among the top 10 worst inventions of the decade.

I told you, social networking causes depression. Don’t bury your head in the sand. Let’s face it. We spend so much time on social networking sites because we like procrastinating or totally avoiding chores like taking care of the to-do list, dealing with our problems such as weight issues, unemployment issues, relationship issues and so many other things. Once you log out, all your pending and unaddressed issues come right at you staring in your face. And then, you fall deeper into your depression. In fact, most of us use social networking sites like a tool to tune out the real world because it is so much easier being online when you don’t really have to face people and you can ignore chatting with someone even if you are online. I am not saying that social networking sites are the bad guys because so many of us have been helped by them in our businesses to grow or to reconnect with long-lost friends or be in sync with people around us. We just don’t know it when we have had enough of our dose of online socializing in a day. Perhaps, it is the FOMO syndrome, the Feeling Of Missing Out, that is keeping us from deleting our social networking accounts. We think we are socializing more with people, but we are actually spending lesser time talking to our friends and family or meeting them. I wonder, if we have become more dramatic since the advent of social networking that lets us express our thoughts freely and publicly.

We all love being in the limelight, even if we don’t admit it. If you don’t have a lot of friends or followers as compared to your peers, you start taking that as an indicator of your social life and judge yourself thinking people don’t like you as much. If you have a lot of friends but people don’t interact much with you online, you think they are avoiding you. Or may be it is an ex’s new post or photos with someone new. What does that do for you? It causes depression. Time to edit your list, huh? The most startling Google suggestions that I have ever read are… okay, wait. Right now, go on Google and type “Facebook causing” or “is Facebook making you”. Read the suggestions and ROFL. I did. LOL. Are rehab centers now going to offer treatments for social networking depression? Ha..ha. Okay, I am just going to shut up now. On an ending note,

“What you think or feel, is what you manifest around you.”
***Please Note: We in no way suggest that any specific social networking site is causing depression among people. If you may have perceived so, it is purely unintended.