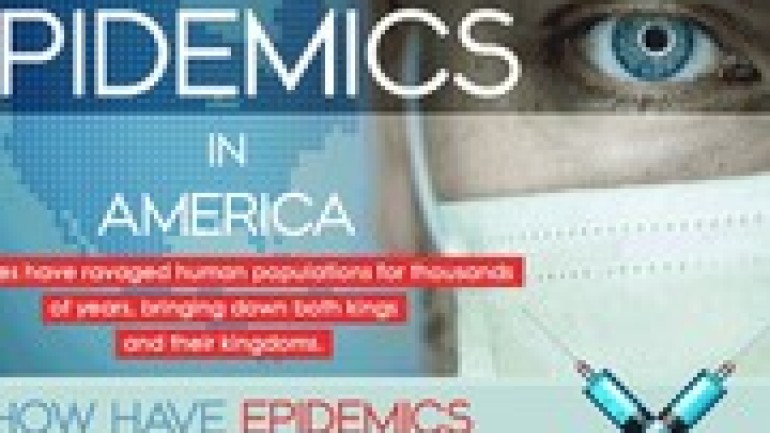 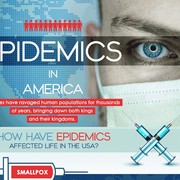 Epidemics are not immune to national borders and have plagued America since the beginning. Europeans first introduced smallpox to the Americas. The Native American population plummeted from 100 million to 5-10 million because of the epidemic. In 1967, the World Health Organization began a campaign to destroy smallpox and the last case of it was documented in 1977.As the 13 colonies fought the British in the American Revolution they also had to combat against tuberculosis. Symptoms of TB include chest pain, night sweats, and fits of coughing blood. Evidence of tuberculosis has been found in Egyptian mummies and the disease continues to kill two million people annually.Polio attacks the nervous system and reached its peak infection rate in 1952. A vaccine was created in the 1950’s enabling the United States to be polio free since 1979. Famous polio survivors include actor Alan Alda and Senate Minority Leader Mitch McConnell.To learn of other epidemics in the history of the United States, including the current developments regarding HIV/AIDS, check out this infographic presented by onlinemastersinpublichealth.com.