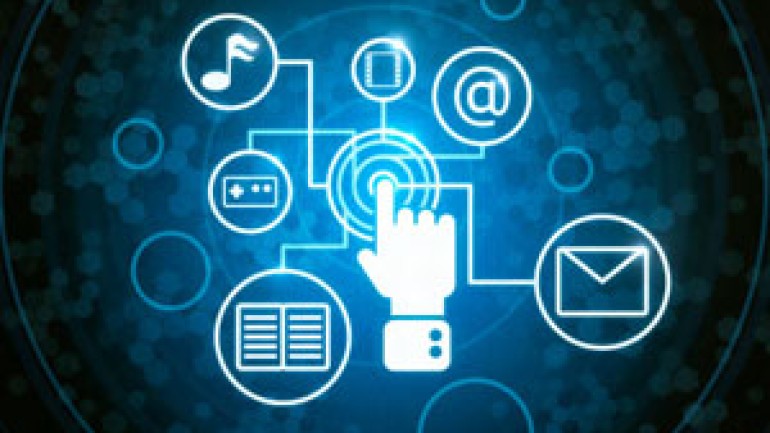 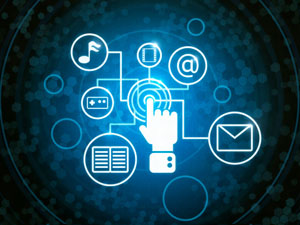 The age of information technology owes everything to the development of computer networking. It’s the linking up of computers on ever-widening scales, that has turned our long sought after dream of making the world’s knowledge freely accessible, into reality. If all computer networks are arranged in an ascending order of complexity and scaling, two types of networks will lie at extreme ends. One is of course the ‘Internet’ and the other, which may be functional in your company, is an ‘Intranet’.

Intranet Vs. Internet Comparison
Computer networking forms the fundamental basis of intranet and Internet. It enables the sharing of resources and information among a group of computers. The first operational computer network was created for the United States Department of Defense and was known as ‘Advanced Research Projects Agency Network (ARPANET). Since then, networking technology and architecture evolved in complexity and sophistication, to provide us with the internet. The synergy of advanced network computing hardware and sophisticated networking software based on Internet protocols has made this possible. As you will see ahead, an intranet and the Internet are two widely separated points on the scale of networking complexity, which serve to provide the most efficient form of information and resource sharing.

Definition
Intranet is an internal private computer network or connection of one or more computer networks, whose use and access is restricted to an organization and its employees or members. These kinds of networks are used for ease of information sharing and communication in companies. In industries, based on the information technology, intranets are absolutely necessary, as their work involves a high degree of data sharing and collaboration among computer users. Such an intranet, mostly operates through a website, run by a local server, acting as a resource sharing medium. You could call it a scaled-down private Internet. Transfer of data over such a private website based network may be controlled using the Internet protocols like HTTP (Hyper Text Transfer Protocol), SMTP (Simple Mail Transfer Protocol) and FTP (File Transfer Protocol). However, not all intranets use private websites. There may be organizations where intranets are meant for pure file sharing, with no private website or Internet protocol use required.

The very fact that you are accessing information through the Internet, demonstrates that you already have an idea about what the Internet or ‘International Network’ can do for you. Take small networks spread in a small region of your city, then integrate them with other such small networks to form local area networks (LANs). Then integrate all such local area networks to form a wide area network of computers. Next, integrate such wide area networks (WANs) into a national network. Subsequently, join all such national networks together. What you ultimately end up with, is the Internet! It is a single network that connects computers all over the world using Internet protocols, which make information sharing and routing possible. The main point of difference between intranet and Internet is the following. While intranet involves the networking of a few hundred computers, Internet is a network of more than billion computers spread worldwide! It uses an ever improving set of Internet protocols (HTTP, FTP, SMTP, etc.) to transfer data. Unlike the intranet, the Internet and the information sharing service called the ‘World Wide Web’, which we operate on, cannot function without these protocols.

Structure, Scale & Complexity
The structure of an intranet is similar in principle to the Internet. Both use a server-client structure and both networks transfer data using Internet protocols. However, they fundamentally differ due to the vast difference in networking scale and complexity.

With billions of computers sharing and transferring data amongst each other, the administration of the Internet is far more complex, as it is the mother of all computer networks. A large amount of networking and routing hardware is needed to connect all the computers worldwide. On the other hand, an intranet, being restricted to a few computers is easier to manage.

Server Control
One of the most fundamental points of difference is server control. An intranet is controlled by a single server, which can adequately handle all tasks. A single server or server cluster has absolute control over the entire network.

The Internet is operated by a linked set of billions of computer servers world wide. This is due to the sheer size of data that’s exchanged over the Internet, making it inevitable, that control centers be decentralized. It is the difference between the governing of a city and governing a nation. Decentralization is essential. Governed by a common architecture, servers spread world wide exchange data with client computers through the use of Internet protocols.

Uses
An intranet is built in an organization, to enable resource sharing and provide a rapid communication channel that efficiently connects team members and peers. Corporate intranets have restricted access controlled by user ids and passwords, which are not accessible to anybody on the outside. In some cases, external access may be granted through the use of Virtual Private Networks (VPNs) to let distant employees connect with the network. Intranets provide a limited set of services, which are required by the organization. Improvement in productivity, cost saving and rapid communication are some of the inherent advantages of an intranet.

The Internet and the intranet differ in their uses. Internet is a global network which has information sharing on a global level as its goal. Internet is more open in the sense, that everything shared here, is accessible to every person connected to it, all over the world. One of the major points of differentiation is the range of services offered. Internet offers all possible spectrum of services to its users, compared to the very restricted number of services offered by Intranets. From cloud computing, e-mail, FTP, world wide web, peer-to-peer data sharing to VoIP services and more, Internet caters to every global netizen’s needs.

The difference is primarily the scaling, complexity and manageability, while the fundamental principles and technologies underlying both networks remain the same.
, Intranet Vs. Internet blog.enghost.org farkıyla sizlerle.