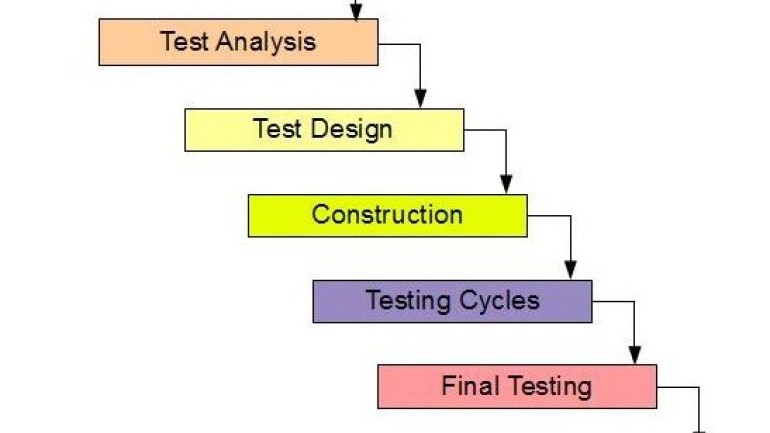 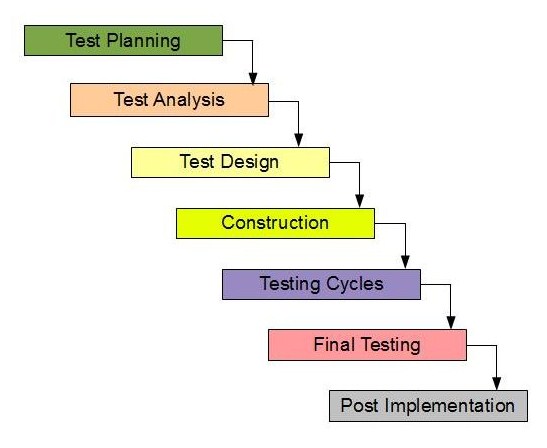 The life cycle of testing process intersects the software development lifecycle. When would testing start varies from one company to another. In some companies, testing start simultaneously with development, while in others, it starts after the software has been built. Both these methods have their own advantages and disadvantages. Whatever be the method adopted for testing the software, the steps followed are more or less as mentioned below.

Planning Phase
The process of software testing life cycle phase starts with the test planning stage. It is recommended that one spend a lot of time in this phase, to minimize headaches in the other software testing phases. It is in this phase that the ‘Test Plan’ is created. It is a document, where the items to be tested along with the features to be tested, pass/fail criteria of a test, exit criteria, environment to be created, risks and contingencies are mentioned. This gives the testing team refined specifications.

Analysis Phase
An analysis of the requirements is carried out, so that the testing team can be well versed with the software that has been developed. It is in this phase that the types of testing to be carried out in the different phases of the testing life cycle are decided upon. In some cases, the test may have to be automated and in others, manual tests would have to be carried out. Functional validation matrix, which is based on business requirements is made. It is normally based on one or more than one test cases. This matrix helps in analyzing, which of the test cases will have to be automated and which will have to be tested manually.

Designing Phase
In the software testing life cycle, this phase has an important role to play. Here the test plan, functional validation matrix, test cases, etc. are all revised. This ensures there are no problems existing in any of them. If the test cases have to be automated, the suitable scripts for the same are designed at this stage. Test data for both manual as well as automated test cases is also generated.

Execution Phase
After the test scripts have been made, they are executed. Initially, unit tests are executed, followed by functionality tests. In the initial phase testing is carried out on the superficial level, i.e. on the top level. This helps in identifying bugs on the top level, which are then reported to the development team. Then the software is tested in depth. The test reports are created and bugs are reported.

Retest and Regression Testing Phase
Once the bugs have been identified, they are sent to the development team. Depending on the nature of the bug, the bug may be rejected, deferred or fixed. If the bug has been accepted and fixed immediately, the software has to be retested to check if the bug has indeed been fixed. Regression testing is carried out to ensure that no new bugs have been created in the software, while fixing of the bug.

Implementation
After the system has been checked, final testing on the developers side is carried out. It is here that load, stress, performance and recovery testing is carried out. Then the software is implemented on the customers end. The end users tests the software and bugs if any are reported. The necessary documents for the same are generated.

The phases of testing life cycle does not end after the implementation phase. This is when the bugs found are studied, so as to rule out such problems in the future. This analysis helps in improving the software development process for the next software.