Things You Should Not Post on Social Networking Sites 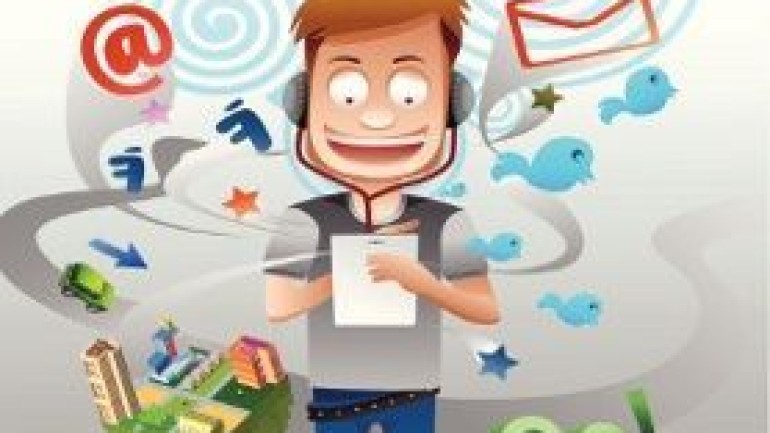 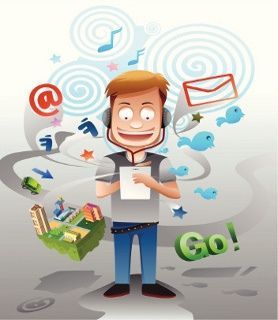 Decorum. It’s a nice word to know, isn’t it? Unfortunately though, many of us unknowingly tend to wipe this word out of our mind’s dictionary when we log on to our favorite social networking site. We forget about simple stuff like propriety, keeping things in good taste, and not going overboard with our bragging.

Bragging, yes. That is exactly what is causing our undoing. Wish to review your social networking mannerisms? Here’s a list.

What You Should Not Reveal on Social Networking Sites

…That You’re Desperate in Matters of the Heart

“Went on a blind date last night. Took a stroll on the moonlit river banks. It was soooooo romantic! I love you, George!!!

Okay, you don’t get to own the person after a blind date/first date. Hell, you don’t own people even if you’re married to them! So please, curb your enthusiasm and respect their privacy. Do not put up pictures of fresh acquaintances and file them under the category of true love.

Honey, for all you know, your Georgie may be a much-married, father-of-three!

…That You’re a Fake Son of the Soil

Mooing over our stellar “farming” skills now, are we? How many marijuana plants did you harvest today? Earned a lot of “mooney” selling those?

Aw, you poor thing! Been slaving on your fake-farm all day long, haven’t you? Just post your efforts on to your social networking page, and you’ll know just how much people care.

…That You’re an Incorrigible Attention Seeker

Whatever your pet peeves may be, don’t take them too far so as to be classified as an extremist. Yes, people of some nationalities may bother you. Sure, you may have a problem with someone’s sexual orientation. Of course, you may feel that a certain religion should be wiped out of existence. But seriously, is anyone asking you about this? No. Does your opinion on any of the above matter? No. So, stop being the bum who bums out all the fun of social networking, and lends it a bad name. And while you’re at it, get rid of that silly, fake smile of yours.

…That You Really are What You Eat

But seriously, no one wants to know. Unless it’s a meal at Maxim’s. With George Clooney.

…That You’re Fishing for Danger

Seems like a harmless and insignificant post, until a stalker/pervert/revenge-seeking ex chances upon it, and decides to actually join you. We think of our social network profile as secure and cocooned, but you’d be surprised to know how many friend’s friend’s friends you don’t really know, are watching you. Being safe is really easy, especially when the only other option is to be sorry.

…That You’re Just So Very Careless

Man has a plush job that pays exceedingly well. But man gets no time for a vacation. Too busy, he says. One day, his friends insist. Man fakes the flu and takes a long leave. Goes to Ibiza. Enjoys the Iberian sunshine. Gets his picture taken alongside Paris Hilton. Uploads it instantly. And makes sure that the whole world (which includes his boss) knows.

Don’t we all know what happens next?

…That You’re Sick, Not Lovesick

PDA. As annoying as it is to see it play out live, the torture is not downplayed when it is seen on social websites. If you’re having your share of fun in the sack, it’s best to keep it in the sack. Lest you want people to gag on their own breath, please keep your displays of affection private. I’m sure you know that the world and its grandma possibly has a Facebook account. At least, Prince William’s grandma does.

…That You Love Digging Your Own Grave

Whatever happened to the good, ol’ fashioned thievery? These days, even the crooks and swindlers have their urge to brag, which obviously outshines their common sense. Why else would we see bit-by-bit updates of banks being looted, stalking, vandalism, and even jailbreaks on social networking sites? These few scums who think it is alright to flex some illegal muscle on social network have simply taken the charm out of serious crimes, making it look like a case too easy even for Nancy Drew, forget the CIA.

…That You’re Trying to be Subtle, But Showing off

Ah! Romantic declarations of love! Melts the innards like nothing else does. But when it’s put on a social networking site, it just makes things squeamish. Isn’t love supposed to be a private emotion, only to be shared by the two people involved? Get real people, and keep it private. There is a definite reason why it’s called “private life”, you know.

…That You Love Playing With Fire

There are a lot of us who have to suffer under a Cruella de Vil-meets-Dr. Evil kind of boss. And if there was a way to gain a one-up on them, you’d grab it with both hands. But the shoddiest, not to mention stupidest way of extracting revenge would be to sell or even voice your company secrets on a social forum. You may get your 2 seconds worth of thrill, but there’s this insignificant thing called an IP address, which is sure to cause your undoing. Good luck with wiping the blot of unprofessionalism from your resume, and perhaps even serving some jail time.

…That You’re a Super-Duper-Whooper Parent

Dear doting parents out there,

The whole world knows how your kid is the best kid in the known and unknown universe. Your creation is the symbol of perfection with a cherubic face, the cho-chweet antics, the toothless smile, and yes, those cutesy outfits that you dress him/her up in. But please don’t constantly show us how you potty trained your angels in 3 days, or them with a runny nose, or them performing any bodily function. No, please, it isn’t cute for the rest of the world. Pinky swear.

Love,
The rest of the world

…That You’re Above Cyber Thievery

So you got a credit card, eh? Gold, is it? Well, move over, as I got a Platinum one, you know. So let me be an idiot and put a picture of it on Facebook. Let’s see how many “likes” it fetches. Tell you what, if it gets a thousand “likes”, I’m gonna put up my other banking details and passwords, even phone numbers and addresses up for all my dear friends to prove that the Platinum card is mine. Oh, don’t be concerned, social networking sites are “safe” and “secure”.

…That You Update More than Adobe

As interestingly delightful your life seems, rest assured that the world is not keen on knowing how you spend every waking minute of your life. Be the bigger person here and show some mercy.

…That You’re Really and Truly Ill

Aww, you’ve got the sniffles, have you now? You poor, poor baby! I see you’ve put up a picture of you all wrapped up, red-nosed, with the green phlegm and all… The fever must have really reached your brain, fella!

…That You Love to Flaunt

Objectify yourself, and you shall be objectified. Ever since Rihanna upped Instagram’s temperature by showing her raunchy side to the world, many of us mortals think it’s alright to do so ourselves. Well, this point is really subjective, but being mere mortals, a dare bare picture of ours may just gain a few sniggers, or even some perv stalkers. So, unless that is your aim, refrain from posing in your birthday suit on a social forum. It’s best left for private viewing, honey.

…That You’re a Relentless Tag-ard

Yeah, tagging is so addictive, it’s like people are actually tagging their pet’s rear end in pictures, these days. If that wasn’t sad enough, people get tagged in pictures without their permission. Not only is that in bad taste, but you’re also offending their sensibilities. The next time, please ask, and don’t assume.

…That You’re a Wannabe Model

Okay, this might seem a little overboard, but it has to be here. All of us know that one person who keeps putting up pictures of him/herself in these model-like poses, with the perfectly gathered ensemble, gleaming white teeth, pout in place; trying hard to make it seem like they were caught offhand while the picture was shot. Here’s an eye opener – guys, please be natural, and know that we’ll love you anyway.

As addictive as it is, social networking gets to keep the crown of the undisputed social phenomenon of modern times. But it is up to us to ensure decorum by keeping our unrestrained enthusiasm in check.