Fallout fallout, thanks to the Fallout Effect! 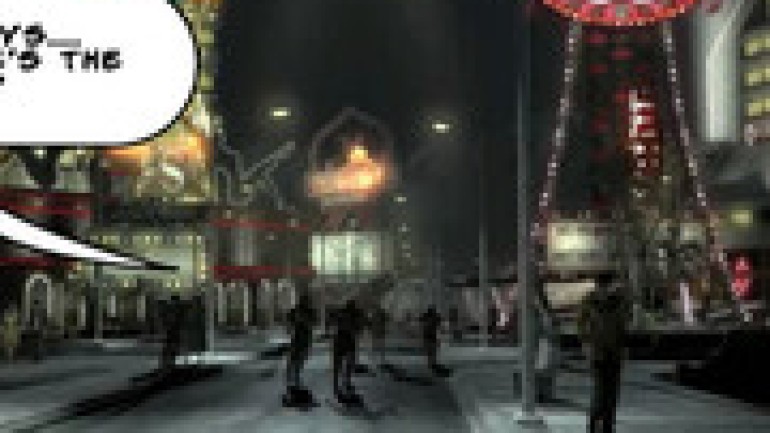 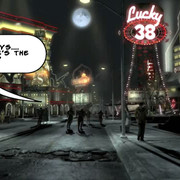 I really like doing whatever I want to. This characteristic carries over to gaming 10 fold! I want to pick it up, steal it, smash it, shoot it, throw it someone’s head. I know you all feel me here.In my opinion Bethesda does this in the most encompassed way. I call it the Fallout effect. I want to pick up that rock and throw it at that chicken, ok that’s more Skyrim, but you get my picture.According to Bethesda in game logic, depending on my actions I will be judged accordingly by my in game peers. In the Fallout games specifically there is karma, good and bad, that somehow people can sense. Which is kinda weird if you really think about it. In real life you get a first impression of people but you might be wrong. Like, “man that guy is total douche”, just to find out that just because he wears brightly colored hoodies and talks in “yo’s” and “um’s” that he is actually a good hearted guy. Or the reality that Jeffrey Dahmer was VERY handsome and charmed the limbs right off the ladies. See what I did there? Sorry, it was probably inappropriate.Anyway, the unfortunate part about this level of encompassment, (spelling? real word?) is that I now get bored easily in a game if I am limited in what I can do. The new Grand Theft Auto does a pretty damn good job. I wish there more buildings you can go in. You know, walk in on the family having dinner and listen to them talk about the recent dragon attacks. Or get followed around a government building by armed mercenaries. Maybe I’m just not far enough along in the game, but the buildings that seem available for entrance are clothing stores (all with the same clothes), arms dealers (all with the same guns), quickie marts (that you rob) and of course the strip clubs (all with the same booty). I appreciate weather engines. I like hearing a storm coming through my awesome Turtle Beach headset, (plug plug) and then I’m stuck in a down pour. Super great! Wind would be a nice touch that sounded like it was coming from a particular direction. This will be especially awesome when the Oculus Rift is available commercially. Wearing the goggles PLUS the headset is going to bring gaming light years beyond where we’ve been. It will also make us want to do absolutely EVERYTHING!Will this pressure other developers to add in some Fallout effect? I realize that creating interactive worlds takes time, and lots of it, but it may be the make it or break it difference in the very near future. GTA has taken it upon themselves to incorporate LOTS of experiences in one place; RPG, Racing, Tennis, Golf, Murder….all from the comfort of one game. I’d like to see some Fallout effect combined with a Space Exploration MMORPG, with Oculus capabilities and great surround sound. Wait, no, there is no sound in space and since I bitch about it in movies I suppose it would be hypocritical of me to request if in a game. DAMN.